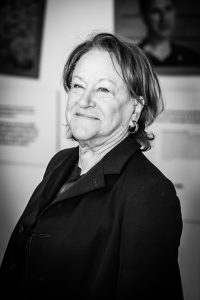 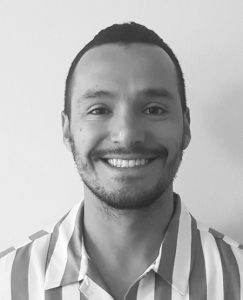 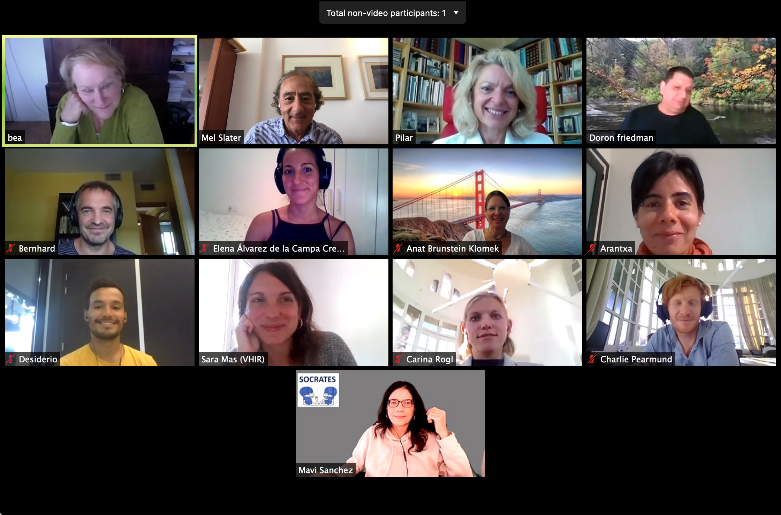 The project aims to use ConVRself (a platform that uses VR embodiment) to treat obesity by allowing the patients to see and interact with themselves. It will allow the patients to target three aspects inherent to obesity: self-awareness, self-stigmatization and self-determination. One of the expected outcomes of this project is to disseminate the results to promote the use of embodiment technology as an effective healthcare solution for treating behavioral conditions. 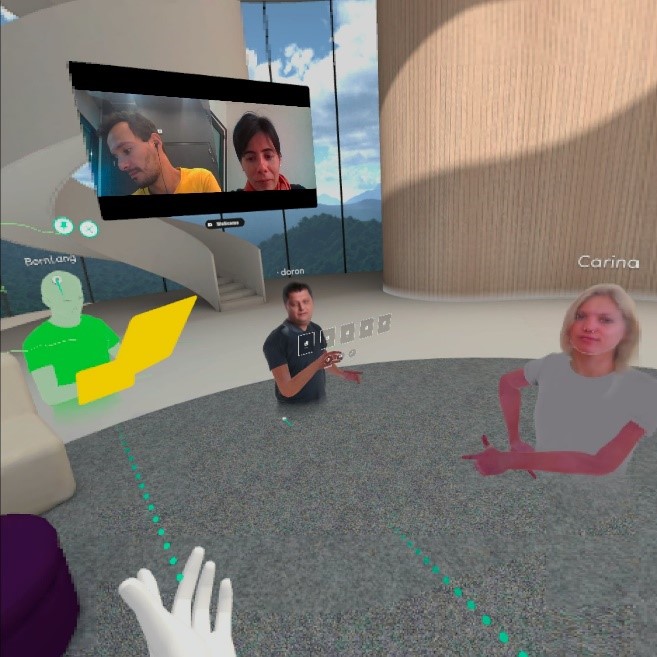 Desiderio and Bea will work on the specifications for the clinical treatment of obesity, and introduce the guidelines for the VR interaction among the virtual bodies, avatars. In addition, BISS researchers will translate the experimental setup to Maastricht University and invite participants to conduct brain recordings, functional Magnetic Resonance Imaging and Electroencephalography (fMRI/EEG) before and after the VR sessions, to investigate the effects of VR embodiment on brain activity patterns and the associated neural mechanisms.

This project makes part of the BISS Human Technology Interaction (HTI) focus area, one of the major working avenues that BISS actively promotes and develops.