for CUBE Museum and TeenzCollege 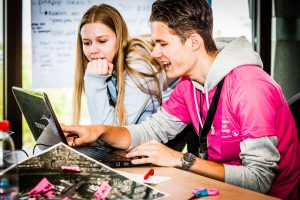 If you are interested in exploring this type of workshop in your organization, please don’t hesitate to reach us out

The proliferation and prevalence of digital and social media platforms raises concerns about misuse or manipulation of information at levels that are harmful to society. We’ve seen this concern arise in almost every recent national election. Fueling this concern is the growth in fake news, both in text and graphical content, that we’ve seen in recent years. “Cybercascades” via social media networks can give a news story (fake or real) a reach that would have been undreamed of in the pre-digital era, but this only amplifies the dangers of fake news and “deepfakes”.

How did the workshop come about?

The initiative started when Cube museum and TeenzCollege approached BISS about providing scientific content to their visitors/students. Several brainstorm sessions took place to define what topics would be most related to youth and touch upon their day to day lives. Due to BISS’s wide spectrum of expertise, several ideas came along and the deepfake topic was chosen to be the most relevant one.

What attracted the two of you specifically to the topic of deepfakes?

Our backgrounds are in research on  the legal aspects of AI and also how AI can be used for social good, so it made sense that we would join forces to deliver this workshop. Our main idea was to raise awareness about how artificial intelligence technology can be used to create fake images, video, and speech, as well as the rights (legal or ethical) that citizens have that may be violated when interacting with online systems and services.

What was your motivation to develop this workshop at this particular moment?

Providing students with knowledge about this technology and creating a critical mindset were the main drives of this workshop. During the preparation phase for the workshop, we focused on providing the students with an understanding of what deepfake technology is and how it is made. In addition, we wanted them to ask the right questions to differentiate between real and fake visuals on the Internet.

Why was the young population your main focus?

Students like these are constantly interaction online, but also often lack knowledge about how fake news works and what their rights are in relation to privacy issues. We thought it really important that these students and other young people like them become aware of these issues and be able to think critically about them, and be able to make informed, responsible choices.

But what is actually a deepfake?

A deepfake is synthetically generated digital content, where a person’s face, body image or speech is manipulated or replaced with that of someone else in a deceitful manner. This is achieved by using these Artificial Intelligence techniques called Generative Adversarial Networks. The networks used to create deepfakes are based on a family of algorithms called deep-learning algorithms, that’s where the “deep” in deep fake comes from. 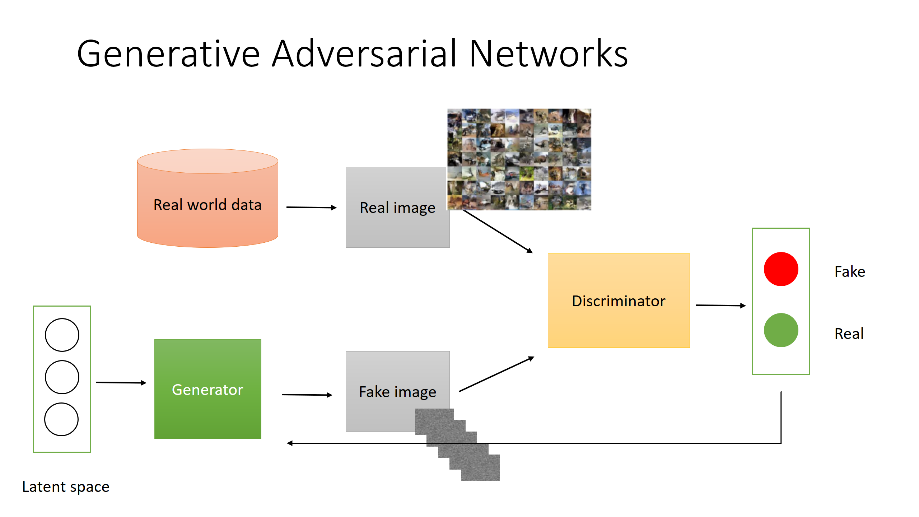 How did you go about explaining deepfake technology to a non-expert audience?

We started the workshop by explaining key concepts involved in Artificial Intelligence. We explained how initially Artificial Intelligence was used to predict categories for objects by supervised learning. After new developments, a group of scientists started a new subfield where instead of predicting object categories, they did the opposite: given a category, they artificially generated objects that could fool Artificial Intelligence systems and be classified as belonging to an existing category despite being fake. In the beginning, this idea was used for many applications with the purpose to solve problems such as image super-resolution, inpainting, colorization, among others. However, at the same time, deepfake content that was intended to mislead began to appear.

What were the main activities developed during the workshop and how did they contribute towards the main goal of the workshop?

To make these ideas more comprehensible to our audience, we showed them many examples of deepfakes and explained how they were created. We kept the session interactive, so when we showed how these methods could create a fake video of a person simulating the person doing or saying something, we also questioned the implications of this and tried to encourage critical thinking and analysis from the students. Next, we divided the students into teams so they could also test some freely available tools and create their own deepfakes. After using these tools, we could see that it was clearer to them how careful we should be about how we use these technologies, that had initially been developed for research purposes, but were now being used to manipulate people. Below you can see some example of the tools we used in the workshop.

See https://affinelayer.com/pixsrv/ for an interactive web where you can test trained model to generate cats, shoes, handbags and facades, using models from the paper: “Image-to-Image Translation with Conditional Adversarial Networks” 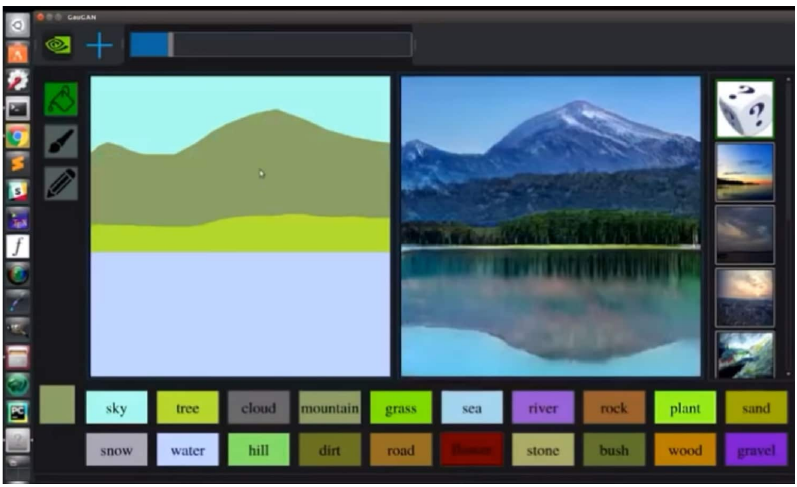 See http://nvidia-research-mingyuliu.com/gaugan/ to test this tool by NVIDIA which allows one to create realistic landscapes

Are you going to organize other similar workshops?

The success of this workshop has increased our enthusiasm to organize similar workshops in the upcoming months. Due to the COVID-19 pandemic, our plans are a bit delayed but we are planning to organize several webinars and online presentations that address similar topics.

Yenisel Plasencia Calaña is a researcher working at BISS in the fields of Data Science and Artificial intelligence. Her main research interests include the study of data representations for Artificial Intelligence, which contribute towards more explainable methods without significantly affecting their accuracy. She is also interested in scalable Machine Learning and in the different trade-offs when learning for small, moderate and large datasets. Her free time is devoted to her family and thinking about how AI can benefit society.

Ous Haidar is a researcher in the fields of law and technology at BISS and a member of Law & Tech Lab at the Law Faculty – UM. His area of focus is International Tax Law and digital economy and how the flow of data fundamentally disrupts the way through which this legal order operates. In addition, Ous looks at the technological solutions that data science and artificial intelligence can provide to make Law more accessible, efficient and effective. 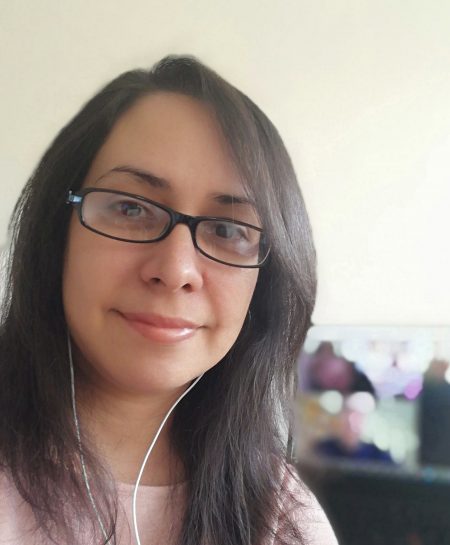 Yenisel is a researcher at BISS. She has a strong affinity with research and projects having a social impact. Research questions that Yenisel is working on are ‘How to achieve transparency and interpretability for the different machine learning approaches and models?’ and ‘How can we benefit from freely available and reusable data to perform data science analysis that provide insights with direct impact to social good?’. Other research questions that have Yenisel’s attention are ‘How to develop machine learning and data science approaches for small data?’ and ‘How to create computationally efficient machine learning?’.

She delivers research results by making use of the current artificial intelligence (AI) applications, machine learning, and data science analysis. Sometimes additional tools are developed to do a deeper analysis and make results more transparent and interpretable for users. 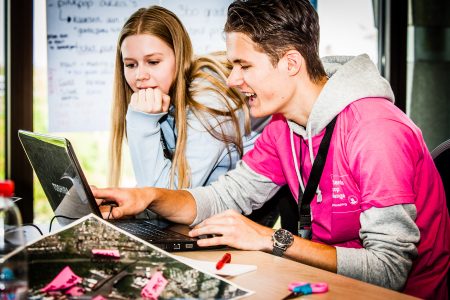